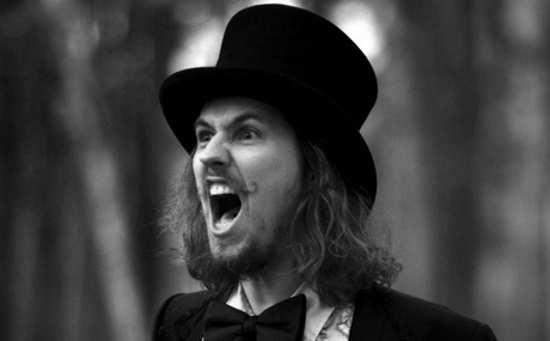 You can’t move on the web at the moment for people saying 2016 was “The Worst Year Ever”.

Personal tragedies or problems can obviously lead many to conclude that the last 12 months have been crappy enough to lead to such sad proclamations.

Yet in the mainstream media, some perspective is kind of needed, such as if you compare it to 100 years ago, just as one example, in the middle of the brutal First World War.

But, let’s face it, in terms of the results of two significant votes (the American election and the Brexit referendum), plus the deaths of countless cultural icons (David Bowie, Harper Lee, George Michael, Muhammad Ali, Johann Cruyff, Prince, Leonard Cohen et al), 2016 will certainly go down as one to  quickly forget.

Perhaps to stop all the earnest articles in the mainstream media, or just to note how bizarre the year was, or to show off what creative and funny filmmakers they are (most likely, a combination of all three), Friend Dog Studios pulled together a parody trailer for a new horror movie titled, of course, 2016.

It includes all the clichés you would expect from the preview of a blockbuster horror movie: slick editing, dramatic soundtrack, snippets of emotional dialogue, cliffhanger moments, etc.

Highlights include the lead actress wandering through a party full of guests performing the mannequin challenge, a bleeding hand after her mobile device caught fire, and the lines:

It’s very clever and rather funny in places.

In fact, you probably have to watch more than once in order to catch all the references to events and themes that have occurred throughout the year.

Friend Dog Studios can perhaps illustrate it with a reboot of a joyous Disney classic.

Putting aside that this is just an ad for a (yet another) new slice of merchandising, put together by a North American retailer, Star Wars fans will enjoy this “prank” where the usual host of Santa’s Grotto is replaced by someone with arguably a more sinister background.

Despite the YouTube video still below, it is not simply a collection of kids freaking out after meeting the galaxy’s most notorious Sith Lord – just some brilliant one-liners from Santa Vader.

A full review of the new Rogue One film to follow after what is turning out to be a traditional visit to the cinema for a movie blockbuster on Christmas Eve.

After returning from travelling in 2001, the afternoon or evening before Christmas has featured the Lord Of The Rings trilogy, then the sequence of The Hobbit movies; now the kids are eager for the latest shenanigans from the Dark Side vs, in their words, “the goodies”.

The Force Awakens, in 2015, was surprisingly good, given that the previous attempts at reviving the world of Jedis and Stormtroopers were average at best.

And now, in the so-called gap year between The Force Awakens and the as yet untitled episode VIII, comes Rogue One.

Reviews from many critics and friends (even those who ordinarily do not naturally gush over anything Star Wars-related) have been extremely good so far, even bordering on the “best in the collection so far!”.

It seems as if producers, screenwriters and directors have finally realised that continuing to churn out episodes of a film “brand” should actually be done with a reasonable amount of care and attention, rather than just pulling something together that will help sell lots of toys.

Good news for film-goers generally, fans and, of course, merchandisers.