Perhaps because I see a lot of clips for the day job, drone footage has become somewhat passé in recent years.

Oh, look, there’s another eye-in-the-sky film, showing us how lovely it is to fly gently over a beautiful city, with church spires gliding by… to peaceful music (often with sound of whales).

Tourism boards love this sort of thing and, since the price of the hardware has plummeted, access to the equipment is easy and the skill levels needed to create decent quality material has fallen.

Yet much of the end result is, well, so rather predictable.

Step forward Petr Jan Juračka from the Czech Republic, a biologist by day and a drone filmmaker in his spare time. 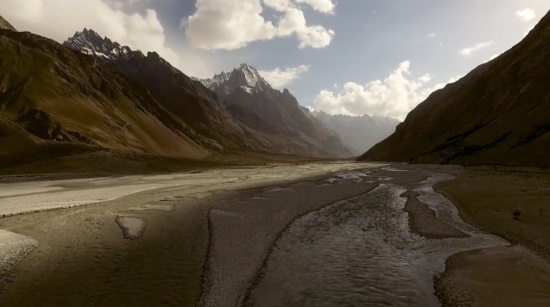 He was asked to accompany a fellow Czech climber as far he could up the world’s second highest (and considered the most dangerous) mountain the world: K2, at the western end of the Himalaya range.

Technical problems inevitably came his way (funnily enough, drones can’t really fly in the increasingly thin atmosphere), plus his own physical condition and the lack of an advanced stage permit meant that he was unable to climb beyond Camp I. 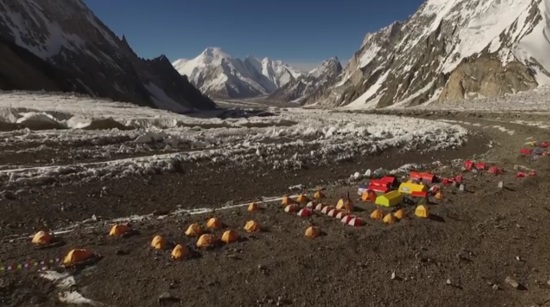 Still, Juračka’s footage from the expedition is beautiful and breath-taking… Even if it does have the usual dreamy music as a soundtrack 🙂

Check out Juračka’s other drone work, on Kilimanjaro in Africa and the Alps.

Or take a look at the amount of kit he carries around with him on his various adventures.

This is clearly not some guy armed with an iPhone and a few favourite Instagram filters, that’s for sure.